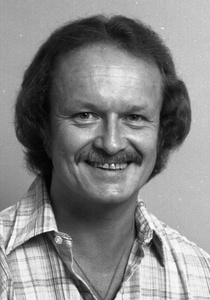 For thirty years, as an essential element of SIUE’s educational mission, the acclaimed Arts & Issues series has presented to the university community and the region a fascinating mix of exceptional performing artists and thought-provoking speakers.  The programs have included memorable performances by singers, dancers and actors; humorists and satirists; statesmen and political commentators; journalists and authors; and physicians and scientists.  As the spiritual descendant of the legendary Mississippi River Festival (1969-80) at SIUE, the Arts & Issues series has even included return performances by MRF artists such as the St. Louis Symphony Orchestra, Joan Baez, Judy Collins, and Arlo Guthrie.

Arts & Issues originated in response to pleas directed to the SIUE administration from the members of two university committees.  William J. Grivna of Theater & Dance chaired a group interested in reestablishing a cultural arts series following the demise of the Mississippi River Festival.  Jerome J. Hollenhorst of Economics chaired a second committee interested in starting a distinguished speakers series.  SIUE President Earl Lazerson announced on September 25, 1985 the establishment of an Arts & Issues series in response to both faculty initiatives.

To get the Arts & Issues series for 1985-86 up and running on short notice, the university turned to Lyle Ward, administrator in the University Center operation and an experienced manager of logistics and performers during the MRF years.  Ward carried out a mandate to provide students with first-hand exposure to quality artists, to provide a complement to the university’s academic programs, to provide low-cost opportunities for regional cultural and intellectual enrichment, to enhance the university’s visibility in the region, and to improve town-and-gown relationships.  The success of Arts & Issues in its initial season may be substantially credited to Ward’s experience and energy.

Prior to the second season of 1986-87, the university hired Richard L. Walker, coordinator of community services for the Arts & Humanities Council of Tulsa, Oklahoma, to become permanent coordinator of Arts & Issues.  Rich Walker served very effectively as series coordinator during the years 1986 through 2002 and also became deeply involved in local government, serving multiple terms as an Edwardsville city alderman.  Walker’s experiences in these demanding dual roles informed his participation in community efforts to restore and in 2011 to reopen downtown Edwardsville’s historic Wildey Theater as a multi-purpose cultural arts venue.

John P. Peecher, a former executive director of the Madison County Arts Council, succeeded Walker as Arts & Issues coordinator in 2002 and enhanced the reputation of the series during his five years of stewardship.  In 2007, Grant Andree joined SIUE as Peecher’s successor following nearly twelve years of related performing arts work with the historic Fox Theater in St. Louis.  Building on the tradition of the series and the efforts of his predecessors, Andree has infused Arts & Issues with even more diversity while maintaining affordability.